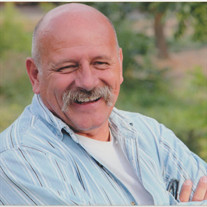 Charles Allan Hargrove (Charlie) was born December 9, 1955 in McKeesport, PA. He moved to Washington state at four years old and spent the rest of his life as a WA state resident. Charlie joined the US Marines at 17 and was a veteran of the Vietnam War. While serving in the Marines, Charlie married Rhonda, his high school sweetheart, and together they had three children, Amber, Joleen and Brad. They had a lifelong love married just short of 46 years when he passed. Charlie was an entrepreneur, he always had a new idea and passionately pursued it. There were not many jobs he hadn’t done but among them he owned two businesses, Bassett Western, a topsoil company and The Woodshed, a general contracting business that employed many of the family at one time or another. He was willing to try his hand at everything and always willing to use his skills to bless others. In 2000, Charlie began a life changing relationship with Jesus Christ. He was so excited by the freedom he found in forgiveness and the joy he experienced in his relationship with the Creator of the Universe that he completed Contenders Bible School and became a Village Missions pastor. In 2007 Charlie and Rhonda moved to Wishram, WA to pastor the Wishram Community Church. They loved becoming an active part of the Wishram community. While living in Wishram Charlie became a volunteer firefighter and EMT. They served in Wishram until 2020 when Charlie was diagnosed with glioblastoma, forcing an early retirement. On December 22nd Charlie was surrounded by family as his life on earth came to an end. Charlie was many things, a loving husband, a great dad, a fun and crazy grandpa, and a great friend. But most notable, he would describe himself as a forgiven child of God. Charlie is preceded in death by both of his parents, Roy Hargrove, Lorraine Engeseth, and his brother Clyde Hass. He is survived by his wife Rhonda, and their three children Amber Lennox (Nathan), Joleen Runnels (William) and Brad Hargrove (Bobbie), eight grandchildren: Dustin, Chelsea, Kyle, Elijah, Micah, Blake, Mariah and Zane; and five great grandchildren: Rodger, Molly, Ryker, Malia and Colton, his siblings John Hass, Nancy Stensrude, Judy Krohn, Diane Hargrove and Todd Vogt. We will gather to celebrate Charlie’s life at 1:00 on Saturday January 22nd at the Wishram School. (135 Bunn St, Wishram, WA 98673). In lieu of flowers donations may be made to either the Wishram Community Church or Village Missions, PO Box 197, Dallas, OR 97338.

Charles Allan Hargrove (Charlie) was born December 9, 1955 in McKeesport, PA. He moved to Washington state at four years old and spent the rest of his life as a WA state resident. Charlie joined the US Marines at 17 and was a veteran of the... View Obituary & Service Information

The family of Charles "Charlie" Allan Hargrove created this Life Tributes page to make it easy to share your memories.