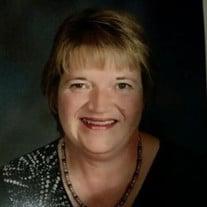 Donna Lou Willis of Scappoose, Oregon passed away on January 9, 2022, at home after a two-year battle with cancer. Donna wanted it to be known that she did not have, nor ever had, COVID-19 or any of its variants. Donna was born on October 19, 1953, in Bottineau, North Dakota to her parents Clifford and Ruth Bjornseth. Donna attended and graduated from Beaverton Oregon High School with the class of 1971. She went to Portland Community College and Cabrillo Community College in Aptos, California. Donna worked a variety of different jobs, including several positions in the police force. She started out as a police cadet in Beaverton, Oregon, before moving on to becoming a dispatcher for the police in Portland, Oregon, National City, California, and Tigard, Oregon. Working as a dispatcher is where she met the love of her life, Ron Willis. He became her dispatch partner one night due to an injury he had sustained that temporarily kept him out of the field. After working for the police, she became an operations manager for Rogers Cable Television in Portland, Oregon. From there she owned her own business, Donna Willis Bookkeeping, in Aloha and Scappoose, Oregon. Finally, she worked as a production Associate for Goodwill in Scappoose, Oregon. After retirement, Donna and Ron traveled to several countries aboard 16 cruise ships, sometimes going on these adventures with family and friends. Donna was raised in the tradition of the Lutheran Church in her hometown of Bottineau, North Dakota, and continued practicing after moving to Beaverton, Oregon at 7 years old. Donna is survived by her husband, Ron Willis; sister, Lois (Bjornseth) Brown of Keizer, Oregon; son, Nathan Willis; daughter, Jessica (Willis) Peterson; grandchildren, Christian and Noah Peterson; son-in-law, Jamie Peterson of Scappoose, Oregon; and sister-in-law, Sharon Bjornseth of Hillsboro, Oregon. Donna is preceded in death by her parents, Clifford and Ruth Bjornseth of Beaverton, Oregon; and her brother, Curtis Bjornseth of Hillsboro, Oregon. Others that are also grieving Donna’s passing are her life-long friends, Debbie Alvarez and Linda Bennett, both of Sacramento, California; Marilyn Tupper of Wenatchee, Washington; Richard and Lynda Weinstein and Gary Palaniuk of Portland and Lake Oswego, respectively; as always, Elaine Hett and many relatives in North Dakota, and her friends and neighbors in Springlake Community. A celebration of life will be held for Donna in March 2022 in Scappoose, Oregon.

Donna Lou Willis of Scappoose, Oregon passed away on January 9, 2022, at home after a two-year battle with cancer. Donna wanted it to be known that she did not have, nor ever had, COVID-19 or any of its variants. Donna was born on October... View Obituary & Service Information

The family of Donna Lou Willis created this Life Tributes page to make it easy to share your memories.

Donna Lou Willis of Scappoose, Oregon passed away on January...

Send flowers to the Willis family.