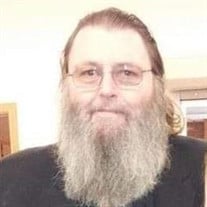 Frederick “Fred” Lindsay Diess Jr., a 28-year resident of St. Helens, Oregon, and former resident of Rogue River, Oregon passed away unexpectedly on August 7, 2019 at the age of 70 at his home. Fred is survived by his children, Lisa Marie Diess of Scappoose, OR, Frederick Lindsay Diess III of St. Helens, OR and Christina Lee Diess-Schloegl of Rogue River, OR: his six grandchildren: Brittany age 28, Cierra age 21, Ricky age 21, Emme age 19, Braden age 14 and Lily age 14: his one great-grandchild: his Aunt June Diess of Rogue River, OR, brother Jim Diess of South Carolina, sisters Starla Gebbie and Bonnie Brown of Oregon. He is predeceased by his brother Ronald Diess of Scappoose, Oregon and his parents, Fred and Betty Diess of Scappoose, OR. Fred was born in Eugene, Oregon on August 1, 1949 to Frederick Lindsay Diess Sr. and Betty Jane Lowman. He was the oldest of their five children. Just like his father he was a lifelong freight handler and local truck driver. On August 25, 1967, he married Nancy, his childhood sweetheart. In 1967, 1969, 1970 and 1976 respectively, he welcomed his children, who were the most important part of his life. Fred enjoyed camping with his family, traveling, fishing, woodworking, gardening, tending to his chickens, collecting rocks and gems. He also had a great love of music and loved to sing. He will be deeply missed by his family, friends, and all who knew him. A Celebration of Life will be announced at a future date. In the interim, if you would like to honor Fred please consider donating to Doernbecher Children’s Hospital.

Frederick &#8220;Fred&#8221; Lindsay Diess Jr., a 28-year resident of St. Helens, Oregon, and former resident of Rogue River, Oregon passed away unexpectedly on August 7, 2019 at the age of 70 at his home. Fred is survived by his children,... View Obituary & Service Information

The family of Frederick Lindsay Diess Jr. created this Life Tributes page to make it easy to share your memories.

Send flowers to the Diess family.