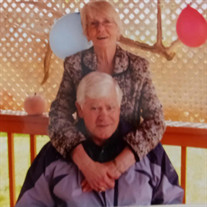 Jack Howard Lee of Scappoose, Oregon, passed away on August 21, 2021, at home with his family. Jack was born on April 28, 1941, in Weiser, Idaho, to his father, George, and mother, Rita (Edison). Tom and “Georgie” joined their family within a few years. When Jack was six years old, the family moved to North Portland. His parents divorced. In 1957, “Dolly” became his new mother with the addition of three siblings; Carol, Donna and Richard. Jack grew up in St. Johns and attended Roosevelt High School. He was an amazing gymnast, spending countless hours at Pier Park, “in the hole”, and the local community center practicing and achieving the difficult iron cross. In 1958, Jack enlisted in the Navy where he served on the USS Valley Forge until 1962 earning a letter of recommendation from his lieutenant and skills that carried him through his lifetime. Jack married Sandra Wehage in October of 1962 and they made their first home on Syracuse Street in St. Johns. They were married for almost 57 years and raised two children; Jackie, born in 1963 and Jodie, born in 1966. Jack worked as a plasterer for twenty years, then a longshoreman for 35 years, retiring as a “Walking Boss” from Local 92. After living in North Portland for thirty-three years and raising the kids, Jack and Sandy sold their second house on Syracuse Street and moved to Scappoose. The Kammeyer Road home is where they both retired, also spending time at the “cabin” in Rockaway. Jack became Sandy’s eyes as her macular degeneration advanced and they became a TEAM. Sandy retained a sharp memory as Jack’s declined from dementia. It remained a true marriage until Sandy’s death on March 1, 2019. Jack was an avid deer and elk hunter with family, friends and especially his son. He loved playing with and teasing his grandchildren, nephews and nieces, spending hours playing catch, pool, foosball, or coaching baseball when his children were young. A lover of all sports! Jack is survived by his children, Jack Curtis Lee and Jodie Renee Altig (Creston); grandchildren, Brandon, Kaiden, Brock, Kemo and Josiah; brother Tom Lee; brother-in-laws who were more like brothers, Tom Wehage and Mike Wehage; half-sister, Carol Lee; sister-in-law, Jeannie Wehage; family member, Edee Horn; special friend, Andy McCandless; many nephews, nieces, special people in his life, and newest member of the the family, great-grandson Benjamin Howard Lee. A graveside service with military honors will be held in Jack’s honor on Thursday, September 23, 2021, at 10:30 AM at Willamette National Cemetery. There will be a reception to follow at the home of Jodie and Creston Altig: 33309 Kammeyer Road, Scappoose, OR 97056. Donations can be made to: Michelle’s Love or BrightFocus Foundation.

The family of Jack Howard Lee created this Life Tributes page to make it easy to share your memories.

Jack Howard Lee of Scappoose, Oregon, passed away on August 21,...

Send flowers to the Lee family.