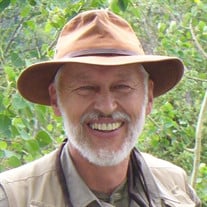 James Edward Laitala, age 70, passed away peacefully in his St. Helens home on March 4th, 2018 after a short battle with cancer. He was born June 25, 1947 in Ishpeming, the son of Arne and Taimi Laitala. He was the second of three children and grew up on the family farm in Palmer Michigan, where he learned to perfect his skiing, hunting & fishing skills and so much more. He attended Ferris State College from 1965-1967 and got an associate degree in architecture. He was drafted into the army in 1968 and served in Germany from 1968-1969. After his Army service, he started working as an architectural drafter. With some experience, he was able to obtain a professional engineering license in the state of Wisconsin and worked as a mechanical engineer. He was employed at Foth & Van Dyke and Associates for most of his career in Wisconsin. He continued this profession at Glumac (consulting engineers) in Oregon and finalized his career as a Certified Commissioning Professional (CCP). He married Sandra Kompsi in 1967 and they had two children together. They moved to Green Bay Wisconsin in 1969. He continued to live in the Green Bay area until 1991, when he and his second wife Nancy They moved to St. Helens OR. They enjoyed exploring the area together until she lost her battle with cancer. Jim met his third wife Ashley here in Oregon and they enjoyed their final years together with lots of fun, love and music. Jim was a passionate fisherman and hunter and enjoyed doing a wide variety of both his whole life. He took many hunting trips for elk, deer, caribou, ducks among other. He also enjoyed going fishing on the Great Lakes, the Columbia River, going out on the coast for crabs and clams, and taking trips to Alaska for the salmon runs on a yearly basis with friends and family. He also was an avid musician and loved to play his guitar and have sing-a-longs. Everyone looked forward to him playing around the campfires or at home. Survived by sister Francine (Jim) Pfaff, brother John (Patti) Laitala, mother of his children Sandra Helnore, daughter Lezlee (Dann), son Aaron Laitala, grandchildren Cody Klaus, Logan Klaus and Cassondra Klaus, nieces Debbie Snider, Vicki Narolski, Kelly Weng and nephew John Laitala Preceded in death by his Father Arne Laitala, his mother Taimi Laitata, wife Nancy Laitala, wife Ashley Laitala A memorial service Monday March 12,2018 at Columbia Funeral Home 681 Columbia Blvd. St. Helens, Oregon 97051, there will be a visiting period starting at 1:00pm the service will begin at 2:00pm, with reception to follow.

James Edward Laitala, age 70, passed away peacefully in his St. Helens home on March 4th, 2018 after a short battle with cancer. He was born June 25, 1947 in Ishpeming, the son of Arne and Taimi Laitala. He was the second of three children... View Obituary & Service Information

The family of James Edward Laitala created this Life Tributes page to make it easy to share your memories.

James Edward Laitala, age 70, passed away peacefully in his St....

Send flowers to the Laitala family.