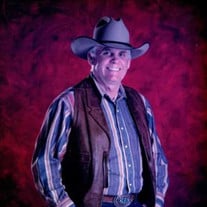 James Basdon Smith, III, 77, of Scappoose, died Thursday, October 21, 2021. James Basdon Smith, III was born on July 8th, 1944, to his father James Smith II and mother, Louise Gragg in Marlow, Oklahoma. Jim died October 21 after a series of complications from surgeries that resulted in a heart attack. He was constantly surrounded with the loving presence and support of his family during his final days. Jim attended Scappoose High School prior to serving in the U.S. Navy from 1964 to 1967. He then attended college at the University of Akron in Ohio before graduating from Nazarene Bible College. He was ordained as an Elder of the Nazarene church in 1983. Jim served the church and his congregation for 45 years as a pastor including 32 years at St. Helens Church of the Nazarene. Throughout his life, Jim supported his family as a Journeyman Carpenter and Contractor. His great passion for horses was present throughout his life and has been passed on to his children through many miles of trail rides and horse shows. Jim played the guitar, competitive tennis, was a licensed pilot, served on the Sheriff's Posse, led 4-H youth groups and enjoyed western movies especially those starring John Wayne. Jim was preceded in death by his parents, his sisters, Sandy and Linda and his brother, Ron. He is survived by his wife Kami; six children, Jim Smith IV, Wendy (Jeff) Coffman, Scott (Jeanne) Smith, Toni Carney, Tamra (Chris) Christensen, and Nathan (Alicia) Smith; stepmother Jewel Smith; Aunt Helen Smith; brothers, Phil Smith and Mike Williams; sister Pam Short; many grandchildren, great-grandchildren, nieces, nephews and cousins; and many friends. Family, friends and parishioners are invited to attend the memorial service at 2 p.m. on Saturday, November 20, 2021, at the Columbia River Receptions & Events Center, 1070 Columbia Blvd., St. Helens, Oregon.

The family of James Basdon Smith III created this Life Tributes page to make it easy to share your memories.

Send flowers to the Smith family.