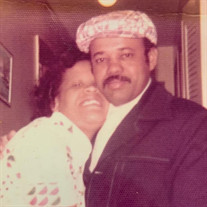 Jesus Rodriguez-Marrero, age 77, of Vancouver, Washington passed away on September 14, 2021, at Legacy Salmon Creek Hospital. He was born on December 29, 1943, in Yabucoa, Puerto Rico. After being part of the United States Marine Corps., Jesus worked as a manager at Inland Steel. He started his family in East Chicago, Indiana, later moving to Gary, Indiana for an extended period of time. Later, he relocated family to Merrillville, Indiana when his daughter, Thirza, began middle school, in order for his children to have a better opportunity. After retirement, he predominantly stayed in the Tampa Bay area. After his wife passed, whom he was married to for 30+ years, he moved throughout the United States, from Colorado to North Carolina to Washington. Jesus was stubborn to some, however, was a very dedicated man. He rarely missed work and received awards and acknowledgements from his company for his achievements. He built a church alongside his friends and brother, Ruben Rodriguez, in Lake Station, Indiana. Jesus was a strong man; he had all of his toes removed on one foot and a single toe missing from the other one, yet he still moved about everyday with no complications. He played kickball with his family and could still cook impeccable hot meals. He loved the outdoors, hot summer days, and talking about the academic achievements of his grandchildren, who superseded any of his children. Jesus loved working on any make or model of vehicle, but he preferred older cars over newer ones, the latter of which he would refer to as “junk”. He enjoyed cooking for his family, especially at family gatherings. He would cook every pot of rice differently so his secrets could never be revealed. In his free time, Jesus loved gardening, flowers, and could be found outside watching his plants grow. He would happily point out any differences a plant had from the day before, sometimes joking that his family was blind if they couldn’t see it. His favorite show was Walker, Texas Ranger, and his favorite movie was Tremors. Jesus is survived by his brothers, Elisamuel and Benjamin Rodriguez; sisters Luz M. Rosa and Maria Reyes; children Thirza, Peter, Shawn, Thaila, and Jesus Rodriguez Jr; many nephews, nieces, cousins, grandchildren, and great-grandchildren. He is preceded in death by his wife, Martha Rodriguez. “My son, hear the instruction of thy father, and forsake not the law of thy mother.” Proverbs 1:8

Jesus Rodriguez-Marrero, age 77, of Vancouver, Washington passed away on September 14, 2021, at Legacy Salmon Creek Hospital. He was born on December 29, 1943, in Yabucoa, Puerto Rico. After being part of the United States Marine Corps., Jesus... View Obituary & Service Information

The family of Jesus Rodriguez-Marrero created this Life Tributes page to make it easy to share your memories.

Send flowers to the Rodriguez-Marrero family.