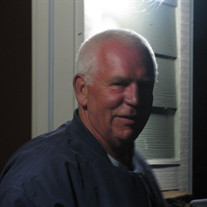 Jon Elmer Burchell peacefully went to heaven on October 22nd, 2021. Jon was born and raised in Portland and was an avid outdoorsman. He of course loved Salmon and Steelhead fishing along with fly fishing for trout, enjoyed duck, geese, pheasant, and quail hunting, and was an Oregon State Champion Trap Shooter. Along with his outdoor pursuits he had a knack for cooking, playing cribbage, watching sports, old time western movies, and was also an avid reader. He had a zest for living the good life, had a family, and got to watch them grow and pass on a few of his passions. Jon graduated from Cleveland High School in 1962, and never wanted to call another area home. His friends and family knew his love of fishing and are asking that instead of sending memorial flowers and gifts, they make a contribution to the Northwest Sportfishing Industry Association (NSIA), in order to support the work they do for the health of the fish, and fishing rights in the area that Jon called his backyard. NSIA is deeply grateful to Jon, his family and friends for their support. We will make every effort to honor Jon’s life by continuing our work and preserving and enhancing the places and fisheries he loved. Jon is survived by his daughter’s Sarah and Sally. Grandchildren, Bradley, Tiana, Antonia, and Trey. Great Grandchildren, Brielle and Kyndell. Sister, Jody and Brothers Jay and Jeff. Along with several nieces and nephews. Lovingly, Jon will be missed and remembered by family, friends and those who were lucky to have known him. Celebration of life will be held at Columbia Funeral Home on Saturday, November 20th at 1pm. In lieu of flowers or plants Jon’s family is asking that donations are sent to NSIA (Northwest Sportfishing Industry Association) in his honor (on the NSIA website or their Facebook page). https://nsiafishing.org/in-loving-memory-jon-e-burchell-8-29-1944-10-22-2021/

Jon Elmer Burchell peacefully went to heaven on October 22nd, 2021. Jon was born and raised in Portland and was an avid outdoorsman. He of course loved Salmon and Steelhead fishing along with fly fishing for trout, enjoyed duck, geese, pheasant,... View Obituary & Service Information

The family of Jon Elmer Burchell created this Life Tributes page to make it easy to share your memories.

Send flowers to the Burchell family.