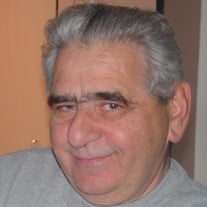 Joseph Frank Johns was born in Butte Montana on January 13, 1940 to Jerry and Agnes Johns. He was the 4th of 7 children, 5 sisters and 1 brother. He lived his younger life in Great Falls and Neihart Montana until the family moved to Oregon in 1952. Joe attended All Saints Grade school and graduated from Central Catholic High School in Portland, Oregon in 1958. After high school, Joe first went to work at Fred Meyer and became an assistant manager. Joe was then drafted into the United States Army, where he was stationed at Ft. Ord, California and Ft. Richardson, Alaska and attended the University of Alaska (1965) while in the Army. He was honorably discharged in 1966. After his discharge from the US Army, Joe attended Loyola University in Chicago, Penn State University. He eventually went to work for Standard Insurance Company (1969-77), and became highly successful insurance salesman. During his insurance years, Joe bought real estate including a small property with a neighborhood grocery store and deli. The “Pennysaver Market” was a family business, where his mother, sisters and brother all worked. Joe sold the market and began Joe Johns, Inc., a small manufacturing and fabrication company. In 1988 Joe moved to the Garthwick neighborhood where he was very involved in the local homeowners association and the Sellwood-Moreland Improvement League (S.M.I.L.E.). He worked from home in Portland until he entered assisted living in 2013. He moved to Spring Meadows Assisted Living, in St. Helens, Oregon in 2016. Joe was very passionate about his Lebanese heritage. When he learned his grandparents were Maronite Catholics, (an Eastern Rite of the Catholic Church), he contacted the Maronite Archdiocese in Detroit and asked they send a priest to Portland to minister to the large Lebanese community. Working with the Archdiocese in Portland, the Arch-Bishop and Joe were able to have a priest in Portland in less than a year. St. Sharbel (the Patron Saint of the Maronites) Catholic Church was established 1974 with Joe as the driving force. Joe will have his funeral and last rites in the very Church he brought to his family and community on Saturday, April 27, 2019 at 10:30AM. St Sharbel Maronite Catholic Church is located at 1804 SE 16th Ave., Portland Oregon 97214. Joe is survived by his sister Lana of Portland and brother Kim of Pacific City and half-sister Sharon Davis of Las Vegas, Nevada

Joseph Frank Johns was born in Butte Montana on January 13, 1940 to Jerry and Agnes Johns. He was the 4th of 7 children, 5 sisters and 1 brother. He lived his younger life in Great Falls and Neihart Montana until the family moved to Oregon in... View Obituary & Service Information

The family of Joseph Frank Johns created this Life Tributes page to make it easy to share your memories.

Send flowers to the Johns family.