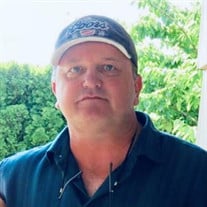 Judson Eric Lovell passed away in Portland, Oregon on August 29, 2021, at the age of 54. He is survived by his wife Lisa Clark Lovell; daughters Ashleigh Lovell and Jessie Lalande (Austin); granddaughter Stella; and brother Rome Lovell. He is preceded in death by his parents, David and Pauline Scott Lovell, and sister Lisa Lynn Lovell. The tragic death of his late sister is something he took particularly hard and never really got over. Jud was born on September 11, 1966, in Portland, Oregon. Upon graduation from Scappoose High School, his earliest on-the-job training outside of Oregon Meat as a teenager was also west of Corvallis as a choke setter in the woods, and later alongside Merrill Strobel where he perfected his skills in the building trade. It was 32 years ago when he married the love of his life, Lisa, and together they set off on the great adventure of life. Through ups and downs, joys and pain, they were inseparable. Jud built their first home in Scappoose, Oregon (He was so proud and built it in 2 weeks – long story), launched Lovell Construction, and they later moved to Warren, Oregon where they raised their two daughters. He prided himself greatly in the quality work of him and his crew. Whether at work or at home, it seemed there was nothing he couldn’t build, fix or invent to get the job done or accomplish the desired task. Many of his closest friends felt if he wasn’t a builder, he would have been an inventor. He loved his work and was so proud of the business he built. Memories of him and his work can be seen all across the local area but mostly Scappoose and St. Helens. He greatly enjoyed hosting numerous 4th of July barbecues for family and friends, hunting, camping, and poker nights with the boys. Jud loved it all but more than anything he loved his family. He adored his wife. He loved his girls, and he was determined from the start to be the best father he could be, and he was. His granddaughter, Stella, stole his heart. He was a true friend to those he called friends. Though he wouldn’t want you to know it, he cared and loved so deeply. To those who knew him best he was a most kind, unselfish, generous and gentle ally. He was blessed with a work ethic, skills, talent and gifts few could match; it seemed everyone knew what he had but him. He was too self-deprecating to accept it. Jud was an authentically and truly self-made man in every sense. He started with nothing and left us with everything, most of all his love and the way he touched us. He was too humble to know and understand how so many will miss him so much. We know he is at peace in heaven giving it his all as he did here on earth. A celebration of his life will be held by the family at a later date. In lieu of flowers, please send donations to Habitat for Humanity, a cause dear to his heart.

Judson Eric Lovell passed away in Portland, Oregon on August 29, 2021, at the age of 54. He is survived by his wife Lisa Clark Lovell; daughters Ashleigh Lovell and Jessie Lalande (Austin); granddaughter Stella; and brother Rome Lovell. He... View Obituary & Service Information

The family of Judson Eric Lovell created this Life Tributes page to make it easy to share your memories.

Judson Eric Lovell passed away in Portland, Oregon on August...

Send flowers to the Lovell family.