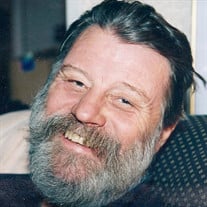 Kurt Edwin Eisenschmidt passed away on November 5, 2020 at the age of 76 at his home in St. Helens, Oregon, after contending with cancers for 5 years. Kurt was born November 29, 1943 at Good Sam Hospital in Portland, Oregon. He was the first-born child of Alta Louise Holland Eisenschmidt and Herbert Frank Eisenschmidt. The family lived in St. Helens, Oregon where Kurt attended school through his high school graduation in 1962. He attended University of Oregon for one year but his wanderlust took him across the sea to hitchhike around Europe the following year. On his return from Europe he lived and worked in Hyannis Port, Massachusetts and Providence, Rhode Island where he met his wife, Christine who was attending Rhode Island School of Design. They were married on July 1, 1967. Together they lived in Hainesburg, New Jersey for a couple of years before returning to St. Helens, Oregon to live and raise their family. Kurt tried many occupations before choosing his career as an industrial general contractor. He spent 30 years as an on-site contractor at the Boise Cascade Paper Mill in St. Helens. Kurt was an active member of the St. Helens Elks Lodge during the 80’s and 90’s and also served as a Trustee. Kurt loved fishing and hunting. He traveled to Larsen Bay on Kodiak Island, Alaska for many seasons of salmon and halibut fishing and also worked there as a guide. The hunting trip of his lifetime was a South African safari. His family’s local getaway was their beach cabin in Netarts, Oregon, where many days were spent clamming and crabbing. He was married to Christine for 53 years. They have four children Jesse Watson, Oscar Eisenschmidt, Aron Eisenschmidt and Jaime Eisenschmidt; five grandchildren, six great-grandchildren and the seventh great grandchild is expected to arrive any day. Kurt’s sister, Karen Ellen Goetsch preceded him in death in 2017. He has a niece, Laura Goetsch. Kurt’s ashes will be spread at the coast in a private ceremony. Due to current COVID restrictions Kurt's service will be a recorded video available for viewing Sunday, November 29, 2020 at 9:00AM (Pacific Time) at the following link https://docs.google.com/forms/d/1r2AnrgbhZNSszHVvvMRphdjMfm-WN3J9YGPwxBwX-LI/edit

Kurt Edwin Eisenschmidt passed away on November 5, 2020 at the age of 76 at his home in St. Helens, Oregon, after contending with cancers for 5 years. Kurt was born November 29, 1943 at Good Sam Hospital in Portland, Oregon. He was the first-born... View Obituary & Service Information

The family of Kurt Edwin Eisenschmidt created this Life Tributes page to make it easy to share your memories.

Kurt Edwin Eisenschmidt passed away on November 5, 2020 at the...

Send flowers to the Eisenschmidt family.