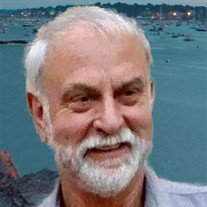 A lifelong resident of St. Helens, Larry Dean Olson 72, passed away peacefully with his family by his side on Wednesday October 3, 2018. Larry was born November 7, 1945 to Perry and Estella Olson. He was the youngest of three children. There is no one that could ever deny that Larry was a hard worker. At the age of 5 he began logging with his parents and spent many years honing his logging skills. Larry attended Yankton elementary school and if he wasn’t in school he was out logging. He continued logging with his father through high school and graduated from St. Helens High School as the Senior Class President in 1963. In 1967 he graduated from Oregon Institute of Technology (OIT) in Klamath Falls and began working for Halton Tractor where he stayed until 1968. Never forgetting his love for logging Larry returned to the woods building a logging company with his father. Olson & Olson stayed in business until his father retired and Larry ventured off on his own. His work was his hobby and his passion. Larry was very humble, and never wanted anything for himself. He always provided for everyone in his life. He employed many people and he considered all of them family and they thought the same of him. Larry had many accomplishments in his life including business ventures such as fishing and hunting lodges, ranches , mini storages, two timber by-product company’s, and a Co-Gen Plant. He continued working until he passed. We believe Larry is still doing what he loves, driving his Cat and logging heaven’s old growth timber with the help of his dear friend Bart Kilgore. In Larry’s eyes, his biggest accomplishment was his family. He leaves behind his wife Bette, Daughters Candy and Michelle, Sons Eric and Mike and 7 grandchildren. Zane, Lindsey, Cody, Cheyanne, Summer, MishaBella, Ryann and his special buddy Applesauce. Sisters Janet Tobin, Sharon Oliver and numerous nieces and nephews. Please join us in a Celebration of Life on Saturday October 27, 2018 from 2p.m. - 5p.m. at Grace Baptist Church 58690 Ross Road, Warren Oregon 97053.

A lifelong resident of St. Helens, Larry Dean Olson 72, passed away peacefully with his family by his side on Wednesday October 3, 2018. Larry was born November 7, 1945 to Perry and Estella Olson. He was the youngest of three children. There... View Obituary & Service Information

The family of Larry Dean Olson created this Life Tributes page to make it easy to share your memories.

Send flowers to the Olson family.