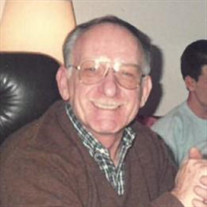 Norman John Chval passed away on December 31, 2021, at his home in St. Helens, Oregon. He would have been 85 years old on January 24th. Norman was born in Chicago, Illinois on January 24, 1937, and joined the Air force on February 23, 1955. He was stationed on the Air Force base in Ellington, Texas, and was part of the 10th Radar Bomb Scoring Squadron. Norman married his wife, Patricia, on October 15, 1960. He lived in Chicago for most of his young life, but after marrying Pat, they moved to Berwyn, Illinois, where their sons Scott and Sean were born. The Chval family moved to Portland, Oregon in 1967. They bought a house in North Portland and welcomed another son, Jeff, who is the only born Oregonian in the family. Norman’s dad, John, came to live with the family and was a great dad and granddad. He passed in 1990, and then the family moved from Portland to St. Helens. Norman and Pat bought a house there that they still live in today. Norman was a wonderful woodcarver. He loved carving and painting ducks of all kinds. His craftsmanship was beautiful and all of his work looked like they could fly. He used this skill to also build and repair furniture. Norman is survived by his wife, Patty; his sons, Sean and Jeff; his grandchildren, Jessie and Aaron; his sister-in-law, Judi; his nephews, Kevin, Dennis, and Tom; and his niece, Danenie. Norman is preceded in death by his brother, Jerry; his father, John; his mother, Teresa; his son, Scott; and many aunts and uncles. Norman will be buried at Willamette National Cemetery where his son Scott is also interred. Please sign our online guestbook at www.columbiafh.com.

The family of Norman John Chval created this Life Tributes page to make it easy to share your memories.

Send flowers to the Chval family.