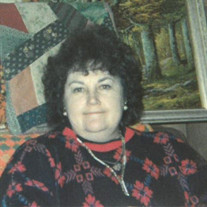 Born in 1939 in Deadwood, South Dakota, to Marvin Schmoker and Gladys (Cole) Schmoker. She has a sister, Charleese Schmoker. The family moved to Los Angeles in the early 1940’s. Where Patty attended Mother of Sorrows Catholic grade school. She and her cousin Katie went to Madaline Dance School together and learned to tap dance. One of Patty’s fond memories was when she and Katie played together, and spent hours reading comic books together while their mothers shopped the fabric store. Patty’s family moved to Oregon when she was a teenager and Patty attended a Catholic school in Portland until she graduated 8th grade. Then her family moved to Newberg, Oregon where Patty attended Newberg High. While attending Newberg High Patty married Gary Wohlgemuth in 1957, had two children, Julie (Wohlgemuth) Perdue and Troy Wohlgemuth. Patty and Gary divorced, and Patty married Lee Atteberry in 1963. Lee had 3 children from his previous marriage, so Patty added 3 more children to her family, Nita (Atteberry) Cherry, Sandra (Atteberry) Marshall, and L. Alan Atteberry. Patty and Lee eventually settled in Scappoose, Oregon. Patty and Lee were together for 38 years until Lee’s passing in 2001. She has 6 grandchildren, and 7 step-grandchildren (one has passed) and Devon Schmoker, her nephew by her sister and many step-nieces and nephews. She loved them all until the day she passed. Patty belonged to the St. Helens chapter of the women’s auxiliary of the VFW. Her hobbies were gardening, sewing, crafts, hunting, fishing, canning and preserving, and camping. She enjoyed her many pets: peacocks, rabbits, dogs, horses, and cats. She loved Roy Rodgers movies and the music of Roy Rodgers and the Son’s of the Pioneers musical group. After her husband passed and she moved to Marshfield, Missouri, where she became a member of the Catholic Church in Marshfield. Patty will be laid to rest next to her husband Lee Atteberry. The funeral service is scheduled for Thursday, June 20, at 10:30 am at Columbia Funeral Home, 681 Columbia Boulevard, St. Helens, OR 97051. There will also be a graveside service scheduled for 2:00 pm at Valley View Cemetery, Dayton Avenue in Newberg, Oregon.

Born in 1939 in Deadwood, South Dakota, to Marvin Schmoker and Gladys (Cole) Schmoker. She has a sister, Charleese Schmoker. The family moved to Los Angeles in the early 1940&#8217;s. Where Patty attended Mother of Sorrows Catholic grade school.... View Obituary & Service Information

The family of Patty Jean Atteberry created this Life Tributes page to make it easy to share your memories.

Born in 1939 in Deadwood, South Dakota, to Marvin Schmoker and...

Send flowers to the Atteberry family.