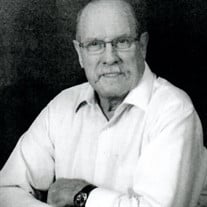 Richard “Dick” M. Simpson, a lifetime resident of Columbia County, passed away at 83 years old, on February 26, 2022, in Longview, Washington. Dick was born on January 12, 1939, in Yankton, Oregon to William and Nan Simpson. He had three brothers and two sisters. Dick grew up in the Yankton and St. Helens area and continued to live there his whole life. After graduating high school, he went on to college to receive his Associates Degree in Applied Fire Science. He proudly served in the United States Navy from 1958 to 1960. Then later served at St. Helens Fire Department, ending his service there as Lieutenant, and retired from the City of Columbia City as the Maintenance Supervisor. Dick had many passions including coaching high school softball, going bowling, hunting, camping, watching football, listening to Country Western and Scottish bagpipe music, attending Scottish Highland games, woodworking, and traveling within the U.S. and internationally to places including Scotland, Ireland, Wales, England, and Japan. He loved spending time with his family, especially the great grandkids. He was a member of Warren Community Fellowship, the Bowling Association, and Junior Chamber or Commerce, serving in many county and state officer positions. He is preceded in death by his parents, William G. Simpson and Nan Berry (Sharp) Simpson; brothers, William Simpson, Robert Simpson, Leonard Simpson; and sisters, Nanette (Simpson) Mallory, Mary Ann (Simpson) Baker. Dick is survived by his loving wife Mary Jo Simpson; children, Rick Simpson, Jeri Ann Simpson, Shelly Booth (Bob), and Brad Blackburn; grandchildren, Andrew, Alexandra, Dominique, Kassie, Kaity, Brandon (Jamie), Nolan (Lana), Karleigh, Zak, Trevor, and Ryan; great-grandchildren, Blakelyn, Laurel, Kayleigh, and Kai; and many cousins, nephews, nieces, and friends. Papa will be missed by so many. A Celebration of life will be held in Dick’s honor Saturday, May 7, 2022, at 1:00 PM at Warren Community Fellowship, with a Luncheon to follow. A private burial will be held at Willamette National Cemetery in Portland, Oregon. In Lieu of flowers, contributions can be made to the St. Helen’s Credit Union - Oregon Trail Lanes, which will go towards the Bowling Alley Scholarship Fund in Dick’s name.

The family of Richard "Dick" M. Simpson created this Life Tributes page to make it easy to share your memories.

Send flowers to the Simpson family.